The automation specialist LÜTZE, Weinstadt, has added the single-channel LOCC-Box-M to the successful and long-standing electronic LOCC-Box current control family. This comes in an extremely compact design and can be used as a stand-alone variant.

The LOCC-Box-M allows selective adjustment of the load based on 5 patented, analog tripping characteristic curves from 'Fast' for sensors for example, through to 'Super slow' for motors and fans. The LOCC-Box-M is therefore the ideal substitute for circuit breakers in an existing design. The required current range can be set individually in 1 A steps within a bandwidth of 1 to 8 A. There are up to 40 possible configuration variants that can be secured with a lead seal. The LOCC-Box-M can be used as a "Plug-And-Play" without additional modules, i.e. stand-alone. With an installation depth of just 86 mm, an installation height of 92 mm and a width of 8.1 mm, the LOCC-Box-M is also suitable for installation in smaller switchboxes in addition to classic installation in control cabinets. 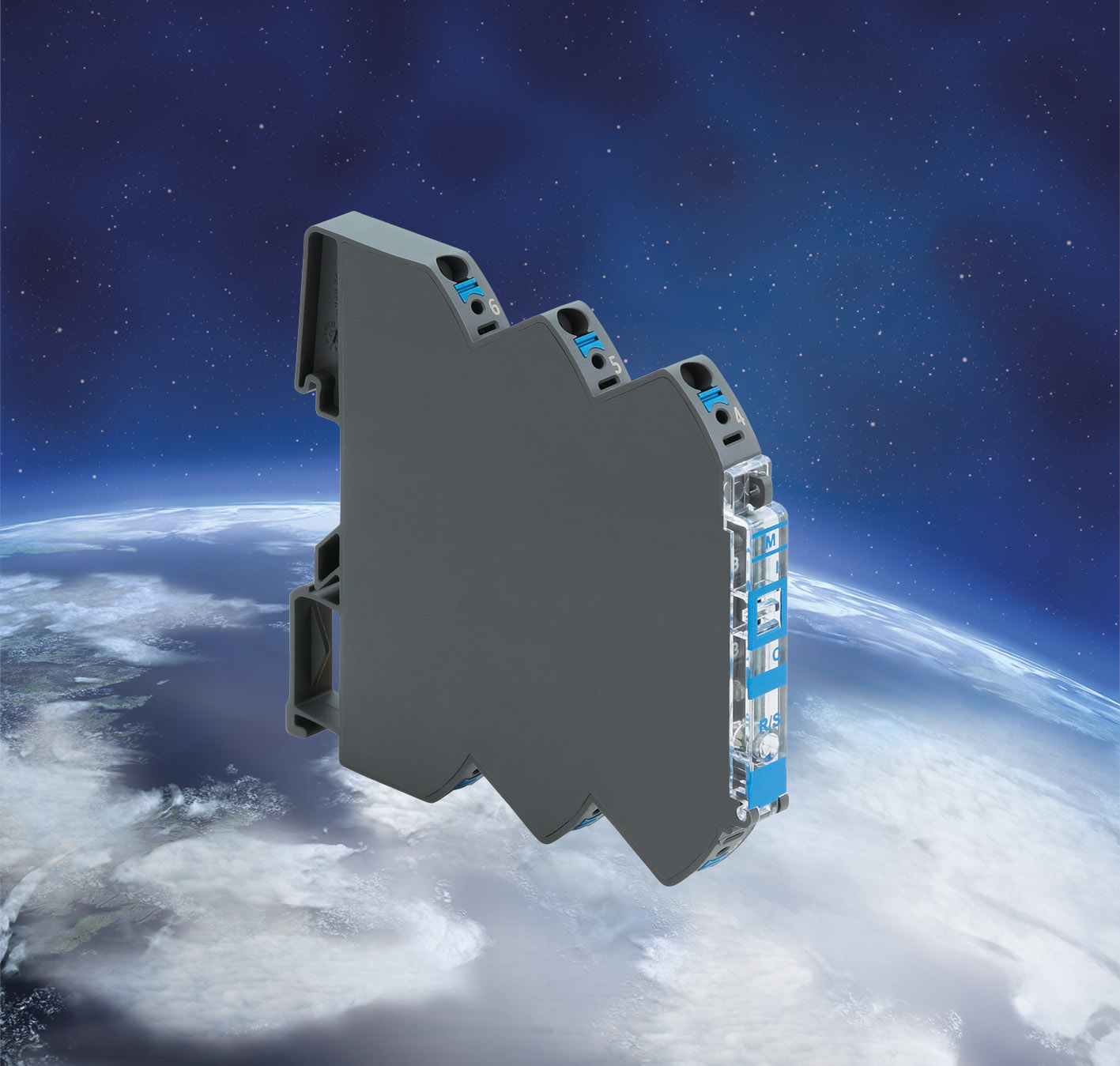 Fig.: LÜTZE LOCC-Box-M Mini, the universal load protection up to 8 A
| Download Photo |

Green and red LEDs in the LED status display indicate operating states and errors in the load circuit. Several LOCC-Box-M modules allow a variable and simple group structure for collective fault signals. Jumper combs are used to loop through the status output, remote input and supply; in this case, the status output and remote input can be connected directly to a digital input or output. Direct connection to the load with + and - cuts back on wiring and additional terminals, thereby reducing costs. As a result, this guarantees industry-independent use in an IP20 environment.
About the LÜTZE LOCC-Box
Intelligent Industry 4.0 Technology
The LOCC-Box (LÜTZE Overload Current Control) has now become a quasi standard for overload and short-circuit control in many control cabinets across the world. Thanks to the patented trigger behaviour along five defined characteristic curves, the LOCC-Box allows the creation of selective voltage supplies. In the event of an error, only the affected circuits are shut down, and the other unaffected circuits can continue to function, or machines and systems can be switched to a safe condition.
The LOCC-Box System allows consumers of any kind to be activated by means of "PowerON", i.e. the automatic recognition of loads, be it ohmic, capacitive or inductive.
The system recognizes and indicates errors. In critical cases, such as overload and short circuits on the consumer, a targeted shutdown is carried out. Errors are reported to various field bus systems either by means of hardware or via gateways.
The LOCC-Box-M is installed in the control cabinet without the use of any tools. Instead of the cage clamps that are usually used, LÜTZE uses Push-In terminals that have a much greater clamp gauge. Even flexible wires with ferrules up to 2.5 mm2 can be connected easily without tools.
LÜTZE supplies the LOCC-Box in various models as the standard LOCC-Box-FB, as an intelligent variant LOCC-Box-Net and as an output-limiting model acc. to NEC Class2. Entry models are the LOCC-Box-EC or the 2-channel LOCC-Box-ED. The system is rounded off by the LOCC-Box-M (Mini) for loads up to 8 A.