Industrie 4.0. means handling the ever growing data volumes in production through networking and digitalization. With its LÜTZE SUPERFLEX® SINGLE PAIR ETHERNET (C) PUR cable (SPE), LÜTZE services the demand from industrial users for standardized and cost-effective network connections. LÜTZE is also one of the first to offer a cable with the advantages of the new standard with robust C-track characteristics. Thanks to the LÜTZE SUPERFLEX® SINGLE PAIR ETHERNET (C) PUR, C-track applications can now also be created with a variety of advantages. Through its uniform cable structure and its standardized transfer protocols (TCP/IP), the Single Pair Ethernet technology makes it simpler to integrate into existing networks. Using Power-over-Data Lines (PoDL) allows SPE to simultaneously transfer data and power over a single cable. As a result, the has offers decreased weight and space savings as well as reduced installation costs. Thanks to the end-to-end use of the TCP/IP protocol, automation technology has a wide range of new and flexible uses. LÜTZE SUPERFLEX® SINGLE PAIR ETHERNET is ideally suited to permanently moving applications in mechanical and systems engineering, as well as in automation, transport and conveying technology. 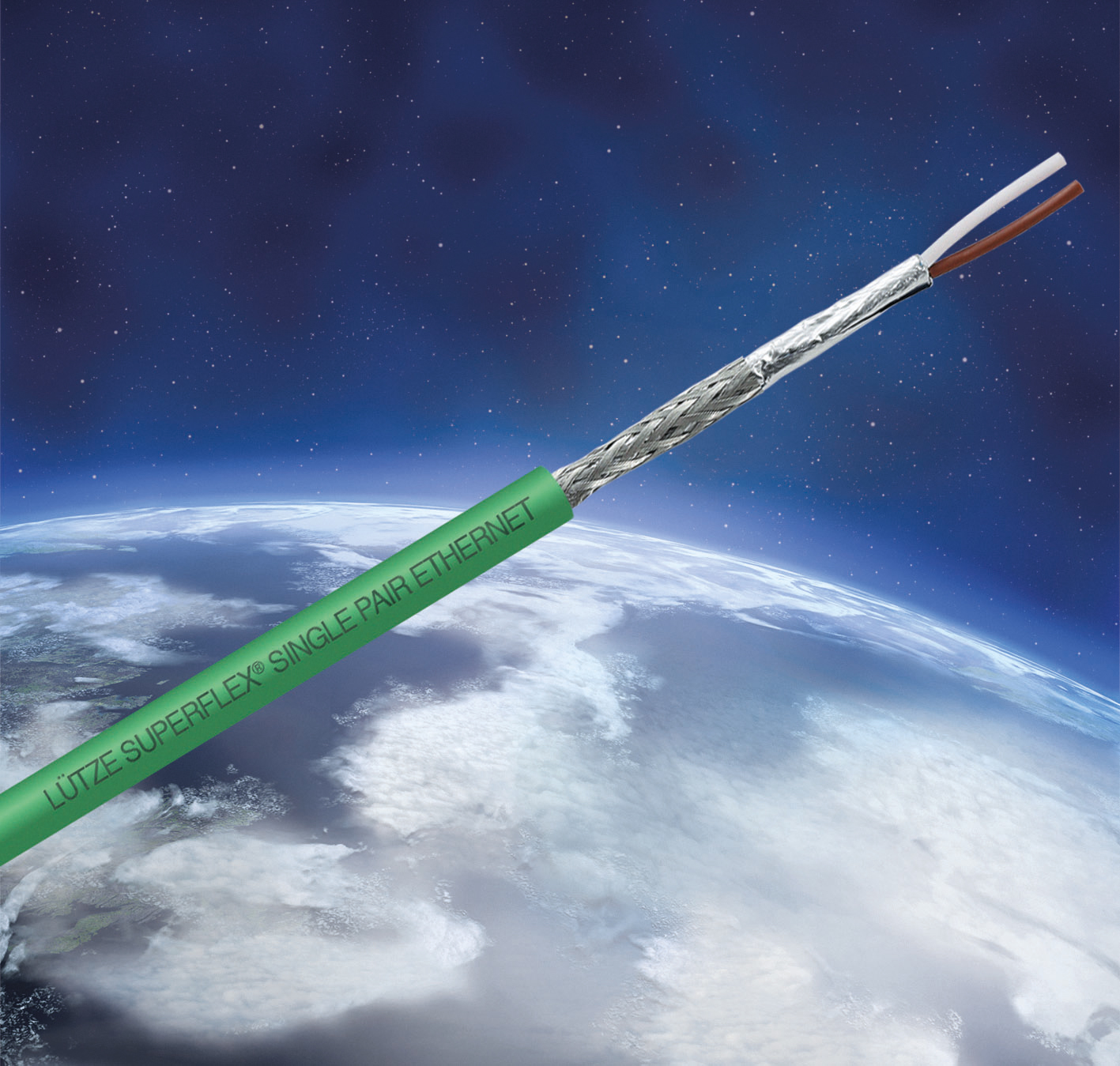 LÜTZE SUPERFLEX® SINGLE PAIR ETHERNET cables, which are halogen and silicone free, as well as RoHS-compliant, offer high active and passive reliability (EMC) and can be used within a temperature range of -30°C to + 70°C when moving. The new LÜTZE cable has a minimum bending radius of 70.5 mm and offers the best possible prerequisites for permanent and fail-safe use in the C-track.

Single Pair Ethernet technology was originally initiated by the automotive industry and is now available as a new derived standard for industrial applications, which now require only a pair of wires to transfer data and power instead of four pairs of wires. As a result, Single Pair Ethernet is a simple and cost-effective alternative to connecting individual sensors/actuators, due to reduced weight and space requirements, as well as reduced installation costs. For compact I/O interfaces in particular – anywhere that lots of information comes together in a small space – Single Pair Ethernet can utilize the advantages and therefore gain increasing importance in automation technology. With Single Pair Ethernet technology, end-to-end IP-based communication can be implemented at field level. It thus supports the further expansion of Industrie 4.0 and Industrial Internet of Things (IIoT).