Railway technology specialist LÜTZE TRANSPORTATION, Weinstadt launches a gateway for LOCC-Box Rail, the intelligent current control system - and for the first time allows a wide range of new functions, including 'Predictive Maintenance', extended energy management and the remote control and configuration of the LOCC-Box.

A couple of years ago, LÜTZE TRANSPORTATION launched the LOCC-Box Rail, an intelligent current control device, that enables the creation of a selec-tive power supply for 24V onboard supplies. The TRDP Gateway now allows the entire intelligence of the LOCC-Box Rail to be used via the vehicle control system. Up to 20 LOCC-Boxes can be connected to the vehicle control system via the TRDP Gateway and the integrated LIN single-wire interface (Local In-terconnect Network). The new Gateway is 100% suitable for rail applications and meets all standards with regards to vibration and shock loads, EMC resistance and fire behaviour. 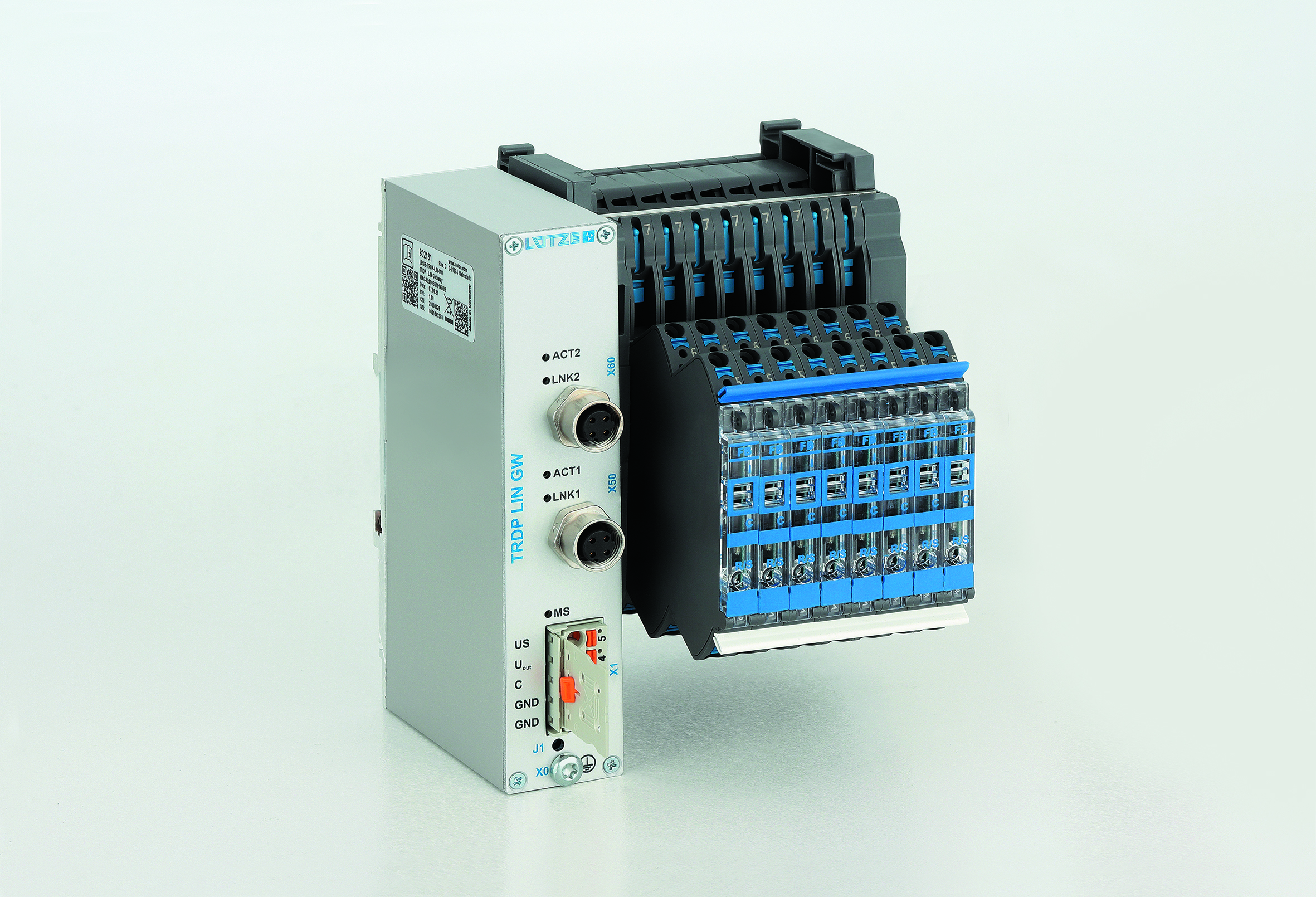 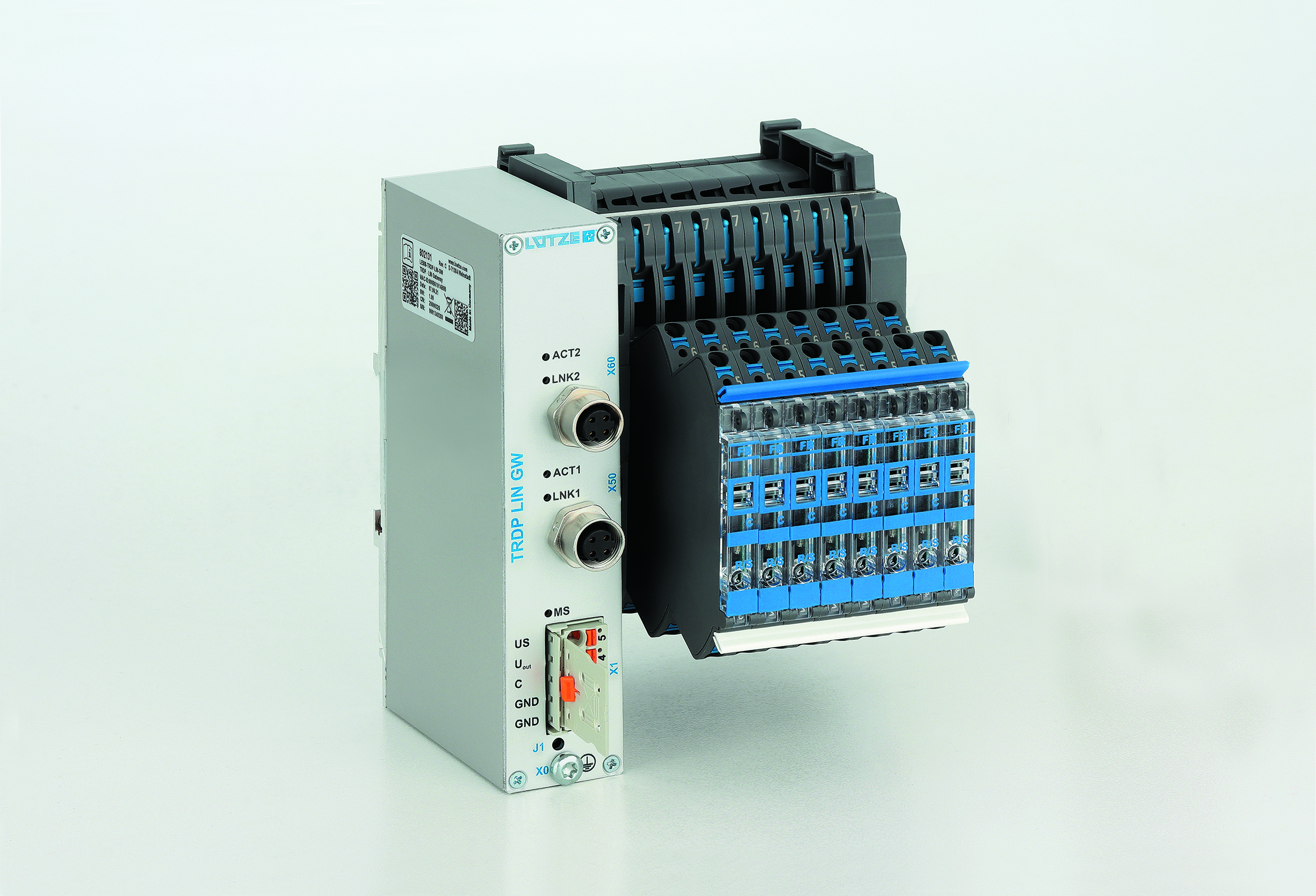 The LOCC-Box Rail continuously records the current of connected consumers, e.g. of LED displays and lights, wet cells or door drives. This measuring data can now be provided via the TRDP Gateway of the vehicle control. Significant and permanent deviations from the rated values can therefore be interpreted by the vehicle control system as a potential future failure, and Predictive maintenance can be initiated. Also, the continuous measurement of the current strengths means that it is possible to determine where the largest consumers are on the vehicle or when the most power is consumed, even in standby mode. If a LOCC-Box triggers as a result of a wire or device damage, the vehicle operator can switch the LOCC-Box remote on or off again via the train control system. This means that the LOCC-Boxes no longer need to be installed centrally in an accessible place in the driver's cab, but can be installed below the floor or on the roof instead. In addition to remote activation and deactivation via the train control system, the LOCC-Box can also be switched manually on the device itself. Manual switching always takes priority over the remote option. If the Gateway, the vehicle host computer or the TRDP Ethernet network fail, the connected LOCC-Boxes still remain fully functional. Optionally, the trip current and characteristics can be configured using a rotary switch on the device, or remotely via the vehicle control system.
LOCC-BOX Rail background
The LOCC-Box (LÜTZE Overload Current Control Box) has now become a quasi standard on many rail vehicles with regard to overload and short-circuit control. Thanks to the patented trigger behaviour along defined characteristic curves, the LOCC-Box allows the creation of selective voltage supplies. In the event of an error, only the affected circuits are shut down, and the other unaffected circuits can continue to function.
Further information; www.luetze-transportation.com